Earth observation satellites are used to monitor the land surface, oceans and atmosphere of our planet, and how all of these change over time. Images of Earth from space are a routine and essential tool in our efforts to manage and protect the Earth’s resources and environment. Depending on their mission, Earth observation satellites have different orbits. Weather satellites are placed in high orbits (altitude about 36,000km) above the equator called geostationary orbits, from which they have a constant gaze on the same hemisphere of the Earth. These satellites complete one orbit around the Earth every 24 hours. Other Earth observing satellites are placed in low Earth polar orbits (altitude about 800km) that pass over the poles. These satellites complete one orbit around the Earth every 100 minutes. Because the Earth rotates in the plane of the orbit, such a satellite eventually covers the whole Earth. 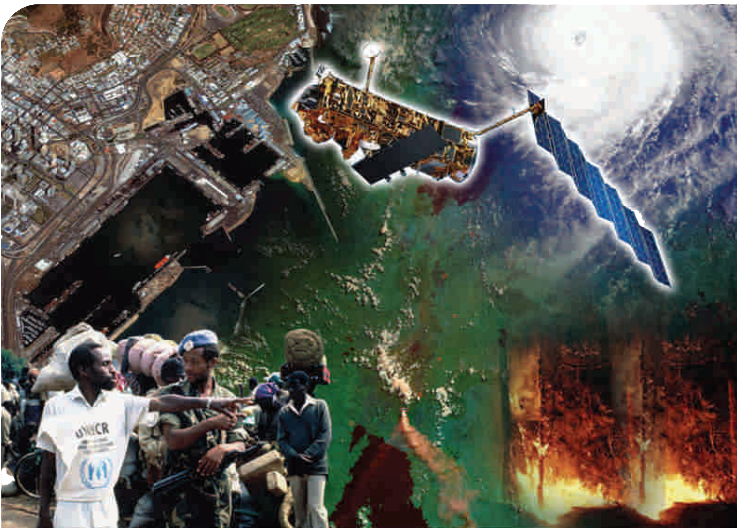