Communications satellites are used to transmit information from one point on the Earth to another. These points may be separated by thousands of kilometres, and they do not have to be connected to communications infrastructure on the ground. Satellite communications can thus reach people in remote villages, on ships or aircraft, and in areas where the existing infrastructure on the ground has been damaged by a disaster. Satellites have great potential to deliver tele-medicine and tele-education services to remote areas, providing access to expertise otherwise only available in major urban centres.

Communications satellites also provide a wide variety of broadcasting services, by relaying signals down to established ground networks for local distribution, or by direct-to-home services to individual subscribers. Aside from the obvious example of satellite television, if you make an international telephone call, watch the news or sports on television, or use the Internet, chances are some of the information has reached you via a communications satellite.

Satellites have played an important role in accelerating the development of the modern information society. By providing access to communications in areas not served by extensive ground-based networks, satellite communications has the potential to help developing countries quite literally to bridge the digital divide.

Satellite communications can contribute to sustainable development by giving people access to information and allowing them to participate in decision-making, by improving education and health services and by promoting a culture favourable for environmental protection. In recent times South African citizens in remote areas have been linked to their elected representatives in Parliament via satellite, providing a practical example of space technology being used for improved governance.

Communications satellites are usually placed in geostationary orbits, so-called because a satellite in such an orbit appears to be stationary above the ground, allowing pointing of ground antennas to a fixed point in the sky. Because geostationary orbit is a finite resource, and to avoid interference among different satellite systems, international regulations govern the allocation of orbital slots and frequencies to different countries. 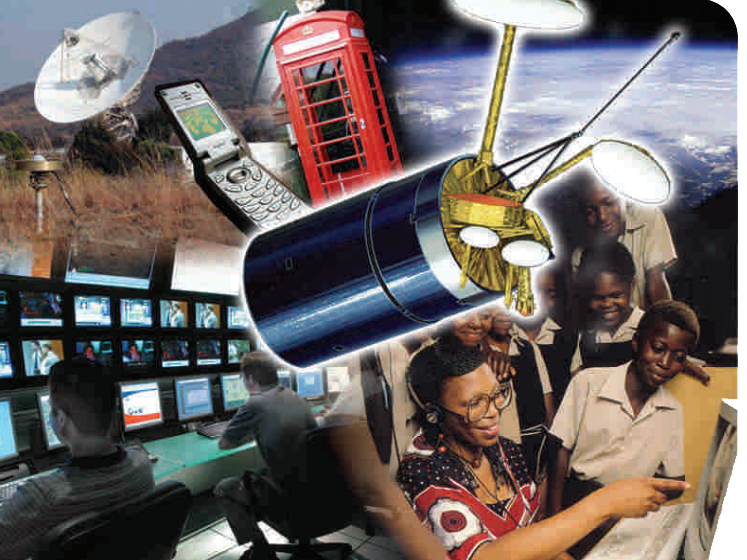