Africa Round of the Manfred Lachs Moot Court Competition:09-10 May 2019, at the dti Campus, Pretoria

Following, last year’s African win of the world’s finals of the Manfred Lachs Space Law Moot Competition in Germany, the African Round was again this held from the 9 to 10 May, 2019 at the dti. Africa was represented by University of Pretoria, which won the Competition in just 6 years of joining the Competition. This University is also offering a dti introduced 2- week seminar in air, telecoms and Space Law to government officials, industry and any students that wishes to have a flavour of these related and emerging fields. It also offers a Master Program in Space Law in conjunction with Cologne University of Germany.

This year, 9 universities across the Continent registered for the Competition, however 6 managed to travel and participate in the Space Law Moot Court Competition. Three universities from Nigeria, 2 from South Africa (University of Pretoria & UNISA) and 1 from Uganda being Makerere University. The finals were between 2 Nigerian Teams; Calabar and Niger Delta Universities. This competition, which strengthens Capacity Building in Space Law, is growing bigger every year.

Calabar university, a new comer in the Competition won this year’s African Round and are set to compete in the World finals, which will be held in Washington DC on the side lines of the IAC from 24 -30 October, 2019.  The best oralist was taken by a young lady, Nelly Helen Ebruka, who was part of the winning team. The 2019 problem concerning questions related to a “Case Concerning Military Uses of Space Resources”, which exposed the students to novel and topical idea of extracting minerals from the moon and other celestial bodies. It gave students an opportunity to debate the application of the outerspace Treaties as well as the flavour of the future developments in mineral resources in outerspace. The best Memorial went to Ibadan university also from Nigeria. 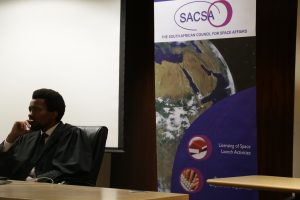 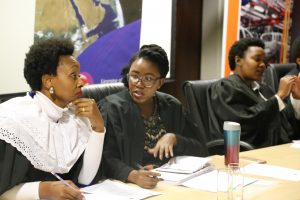 South Africa and the dti in particular takes great interest in this particular area of Space as there all industries should be regulated for orderliness, and above all peaceful use of outerspace. 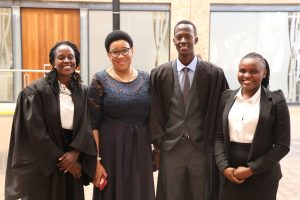 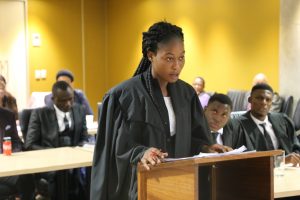 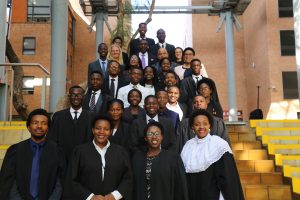 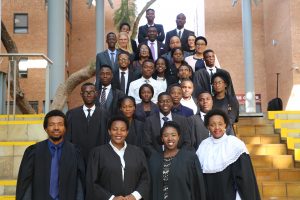 The Competition comes after African delegates including the South African ones from SANSA and the dti attended the Global Leadership Conference for Emerging Countries (GLEC) in Marrakesh, Morocco, from 26-28 April, 2019 where the world gathered to discuss opportunities open for the African Space Industry, forge partnerships to develop the industry to solve the societal challenges using space technology